I've been trying to think of a name for the new guy... there have been a few contenders. It wasn't really a big deal except we'd been to two jackpots and a sorting. Of course everyone was asking about the new guy. 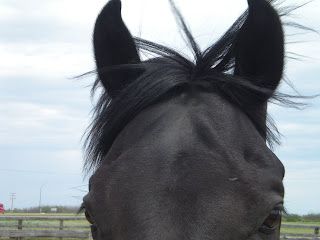 what do you mean 'hey buddy' isn't my name?! 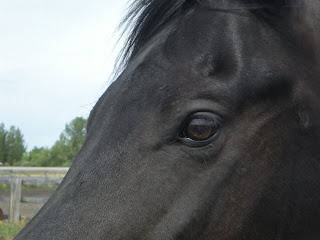 hmmm... let's see if I can think of something
Then yesterday, at the Canada Day jackpot/fundraiser, I did it. I gave him a name! 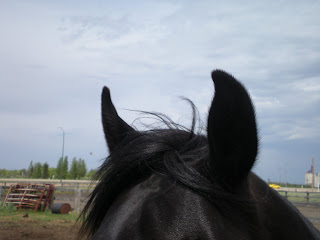 To be honest its one that I had scribbled down on a scrap quite awhile ago. One of those 'maybe one day I'll own a horse I could name...' things. (I have quite a list actually) So when I entered I said "I have both horses here today, Raincloud and the new guy, Voodoo." 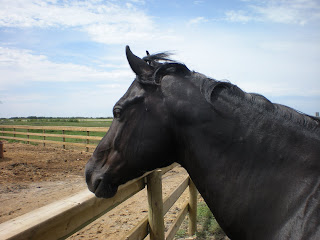 I'm hoping that he and I can work some magic to regain my confidence!

Email ThisBlogThis!Share to TwitterShare to FacebookShare to Pinterest
Labels: Voodoo