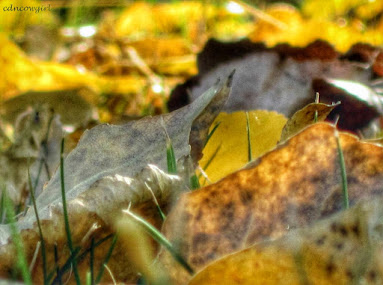 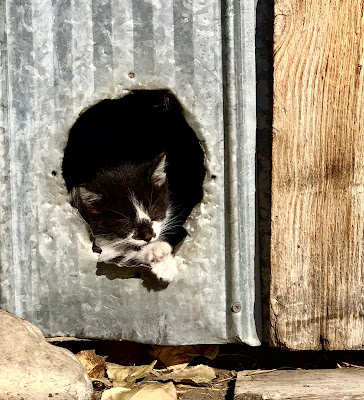 The barn door has a cut out on it that acts as a pet door for the barn cats. It's an ever popular spot to catch a nap, as well as cute for photos.

This little black and white kitten has earned a spot in my heart, she's an orphan and the only one to survive of her litter of four. 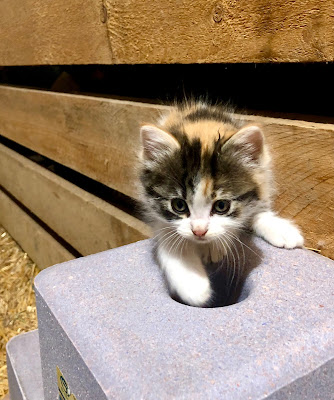 And this adorable floof is Marbles. This picture is from last summer, she has now moved on to live on an acreage with some dear friends who moved into the area.
Along with her went kittens from this year… Sweet Pea (almost a mini Marbles), Dora (solid black and got her name for her sense of adventure and love of exploring) and Bob (a tuxedo) im happy to say my sweet Marbles (who was ONLY going to leave her to a special home) and the kittens are thriving and love their new home and people. 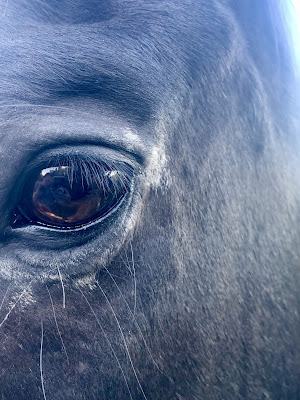 My boy Voodoo, 21 years old now, is a true black however when he was around 15 (I think?) this patch showed up around his eye. It changes size but it's always there now. I've been told its something that is fairly common in Arabian horses. Voodoo is grade but we're pretty sure he's an Arab x Quarter horse - if he doesn't have Arabian blood he sure shows a lot of similarities (physically and mentally) to them lol

Its hard to get it to show up clearly in pictures but his eye isn't a solid chocolate brown, its kind of marbled. A very wise old horseman called it marbled, and he said that those horses can be very tough to get along with but when you do its quite the relationship. That sure sounds like Voodoo too <3

An evening view from work 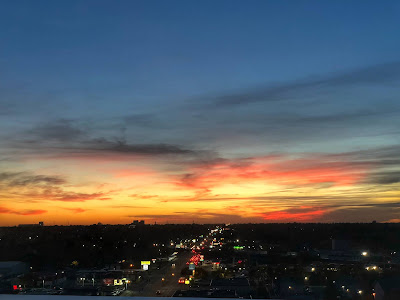 An evening view from my front porch 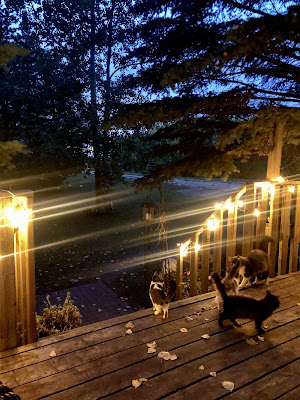 And an evening toward my road 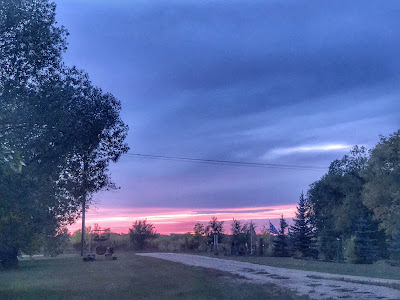 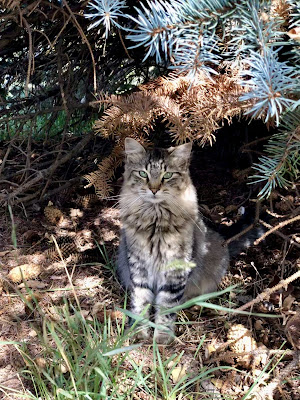 A sure sign of autumn is when the horses start losing their sleek summer coats, and that fluffy undercoat for fall winter starts to come in.
(this is Frosty) 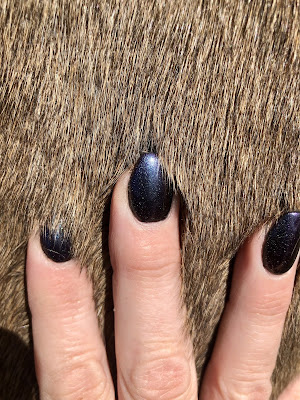 Another sign of fall is getting hay for the winter.  This is a photo from the rounds off our hall field last year. I couldn't bear to share the one from this year, because it's just that. One. ONE freaking bale, and smaller than these. This drought needs to come to an end. We do have hay sorted for this year, but it's been tough. Supply is scarce and prices are high. Thankfully I've got a supplier that is really good to us and sold us squares for the same price as last year. Then we managed to get in some rounds without being totally hijacked by the price. Not much you can do though except keep your head up.
at September 19, 2021 4 comments: 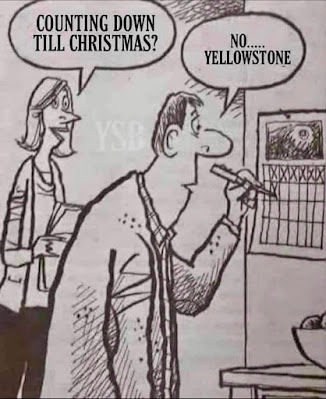