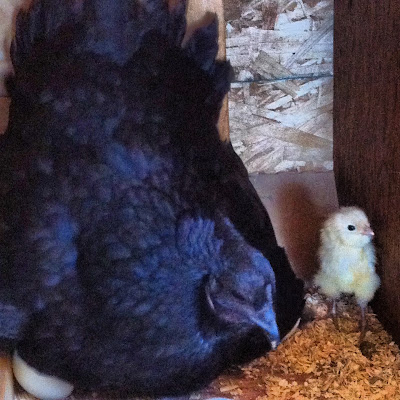 I'll take 'em where I can get 'em!
We just wrapped up this barrel season, our district's mini finals were this weekend. Saturday & Sunday, all day in the blazing heat. It was fun though, I got to catch up with old friends and made some new ones!
I haven't been out to a lot of jackpots this year (or last), I also wasn't able to ride as much as I'd hoped this summer so I went with a very out of shape Voodoo.
Darn I love that little black horse!!  He may never be more than a 3D horse, but he tries for me every time - even when I haven't been fair to him and expect him to run his fat little ass off in the heat.
What I don't love, is the gate drama he's acquired.  Little hops & spins... he's not sore though thank goodness, he's just so amp'd up to get in and run.  Fortunately there were girls that were willing to help.  Voodoo had a couple pony friends walk him to the gate his first three runs (there were 2 runs each day).
We didn't clock that well, but I wasn't expecting to considering everything lol
Then on my final run KD asked if I wanted her to walk us up.  She was on foot so I said "Sure, if you're willing.  No promises that he won't rear, or maybe squish you."
I was up right after a rake, so while the quad was running KD just took hold of the cheek piece of his bridle and led Voodoo around in big circles, slowly getting closer to the gate.  When the rake was done and the gate opened we were just a dozen or so steps away.
Voodoo didn't try to spin, pop or rear at all.  He just calmly walked forward and then a few steps away I said "OK I think we're good now."  KD let go and Voodoo entered the arena just fine.  I put my hands forward and he shot off for first.
Seeing as I didn't have to worry about getting him in the gate, or even toward the gate, I was sitting ready and was able to get both Voodoo and myself properly prepared as we ran for first and we had a nice barrel.

small victory!
We had our best 2nd barrel out of our four runs too.  I had been anticipating the turn a bit too much and rating too soon.  We'd been clean on 1st and 2nd for all the runs, they just weren't too pretty.
This time, it was nice!  I remembered to ride to were I needed to be and not worry (anticipate the turn), we just ran to our spot and turned.

small victory!
We'd knocked 3rd on our second run the day before.  Our first run we had a nice 3rd barrel, and it was pretty ugly on our first run Sunday.  This time it was nice!  We rounded it and headed for home, kicking all the way to the timer (another problem for me lol)

another small victory!
I came out of the arena pretty happy with my run, it was definitely the best of the four.  Voodoo had run pretty consistent all weekend but I was really quite surprised to hear the time... a full second faster than my other runs!

small victory!
I was even more surprised though when at the end of the day the day monies for both days were being doled out and we actually won some!  Last paid spot in 3D, and hardly any cash, but we still got some money! :) 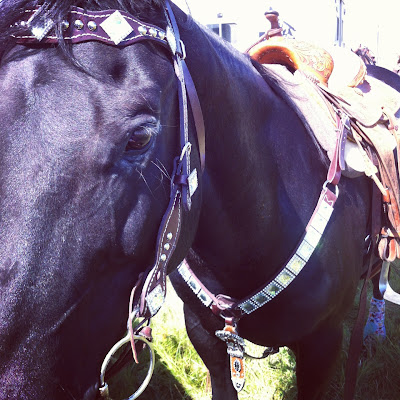 For the vast majority of my horse owning life I was a boarder.

Since we bought our place Pie & I have talked about maybe one day have a boarder.  Weighing the pros and cons.
We knew we wouldn't bring in enough money to make money but we were hoping to get enough to help offset some costs. (pro)
We knew it would mean a little less privacy (con).
With the right boarder I'd have someone willing & able to lend a hand with some horse stuff and maybe someone to ride with, and sometimes haul with (big pros!)

Late this spring/early this summer we had the perfect situation lining up.  A friend was looking to move her horses.  She was someone that we both trusted to be around when we weren't, that had similar horse interests, and that would be willing to trade off blanket duty in the winter! (I'd ride during the day, put my horse(s) in stalls with coolers.  She'd come out to ride in the evening, put my ponies out with proper blankets, leave hers in stalls with coolers and when I got home from work I'd turn hers out)
Then there were some big changes in her life and she did indeed move... hours away!

This Sunday I got a text from another friend.  She was asking if we'd thought about boarding and if we might have some space.  KD & I shot some messages back and forth "talking" things over.  I had a quick convo with Pie and then msg'd her "When do you want to move your ponies?"
I did some research on boarding agreements, drafted one and emailed it to her to check out (yes she's a friend but best for all parties if we have our butts covered in writing) ;)
Then Monday she showed up with her horses.  We decided that going for a ride around the pasture would be a good way to show her horses where the fence line is, and as a bonus it was a start to introducing Voodoo to his future pasture friends.
(Voodoo was the one I had the most concern about, after all he is King of the World lol)
After our ride we grabbed a couple drinks, turned Voodoo, Tizzy & Wilder out in the pasture... no fireworks :)  Then we got the rest of my kids and turned them out.  Again no fireworks :D
We watched them for quite awhile.  There was a bit of moving around.  The "No this is MY buddy!  YOU stay over THERE" kind of stuff.  No real skirmishes (although Wilder did show that he can kick his heels up v.e.r.y. high) and absolutely NO squealing.

The board is low cost and in return pretty basic.  We're planning on getting a shed for her stuff, she has use of the arena and a spot to park her trailer.  Horses are provided with hay/grass, water, salt/mineral.
KD is willing to help out with little stuff (like turning out horses and I do the same for her).   She also barrel races in SBRA and is interested in going to team penning this winter.
I'm hoping this works out for both of us, it could be a good situation.
at August 06, 2013 2 comments: