A man pays to go for a spin in a two-seater plane at an air show.

The pilot does a corkscrew,

then free-falls toward the crowds below.

"Half the people down there think we're going to have an accident!" jokes the pilot.

Well it wasn't a Funder ride...

But we don't really have the trails around here to do endurance, or even "minidurance".  However it was the start of getting some real miles on my ponies.
The last two summers, since we moved out to our place, I've either ridden in the pastures or the arena.  Pretty boring and I know I didn't put as many miles on as I should.  Then again when I boarded all I did was ride in the arena or ditch ride by the highway.
Over coffee a couple of my friends & I were talking about riding to each other's houses.  I went on Google Earth and plotted the course, more to check distance than as a map (obviously I know where they live lol)
While I was playing around on GE I also mapped out a few routes, again to track distance as I  know where I am.  They're basically all still just ditch riding.  Around here its all acreages, farms and pastures.  Unless we ride in one of our pastures & arenas or haul somewhere that's about all there is around here for riding.
BTW thanks to GE  I now know that the track in our pasture is 3/4 mile and although not a perfect oval its not as irregular as I had thought.
Yesterday Voodoo & I met up with Deville & Shann and we rode what we're calling "the small block" (or the south small block).  From my barn, out and back it was 5 3/4 miles.
Voodoo was a complete ass jerk while I tacked him up but once I lifted up the bridle he was eager to hit the road (haha).  Both Deville & Voodoo were awesome!  Very forward the whole ride but not chargey or jiggy.  We got in quite a bit of trotting & loping as the ground permitted.  We really need to watch for wet spots and holes, not to mention trash (which thankfully wasn't that bad).
One nice thing about this mild winter we had, my horses that were on pasture sure kept nice condition.  Voodoo's cinch has been on the same hole without a hay belly from standing around in the pens.  And while he's not conditioned he isn't as out of shape as I would have thought, he just worked up a light sweat on our ride (and he's still got winter hair)
Next time I hope to get some pics or videos (not that there will be much to look at lol).  I didn't take my camera this time because of how Voodoo was acting when we were getting ready.  I really thought he was going to be a handful.

We got the cows tagged a couple weekends ago (yes I know, bad blogger!)  We're not really set up for doing something like that, no chutes, no headgate, etc but we managed to redneck it together.  J&L, the people that owned our place before us, had set up the arena so that J could practice roping.
So we herded our little herd out of their pen and across the alley to the pen that opens to the arena. 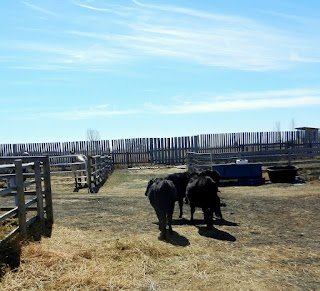 From there we set up corral panels to squeeze them down the 'chute' between the arena and slab fence.  We used a couple boards and a makeshift door to hold them in place as one at a time we checked them, gave them their shots & dewormer and tagged them with purple numbered ear tags. 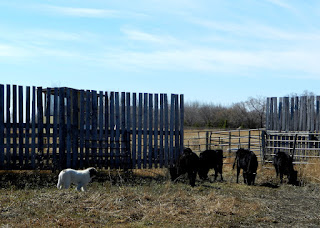 Now that they're all numbered we can identify which cow is which, I've always known that this heifer is my Tasty because of her torn ear. 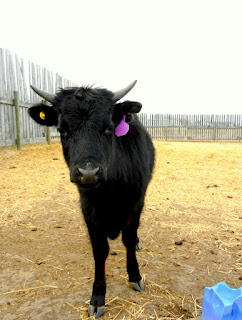 We decided that heifers 2 & 3 are mine and 4 & 5 are Mom & B's (stepdad)  That would make this little girl my second heifer, whom I've named May Belle.  I can identify her at a glance now too, her right horn is a little stubby and blunt.
That's Chuck the steer hiding behind her.  Of the 5 he's the only one without horns, go figure lol.  We gave him the #1 tag. 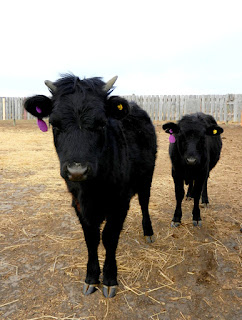 Mom named their heifers Belle and Flossy, however I don't know which number goes with which name and I can't easily tell them apart without seeing their numbers so I just call them BOTH Flossy Belle lol
at April 24, 2012 6 comments:

Sunday Stills ~ In Honour of Ed

This week's Sunday Stills challenge:
It’s Ed’s birthday on April 18th……..so…..this next challenge is for him. It’s a potluck photo of your choice of one of his past challenges.
The one I chose was from July 17/11 "Farm Animals" 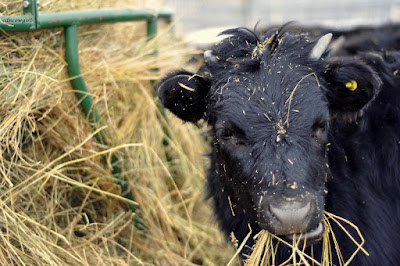 One of our heifers 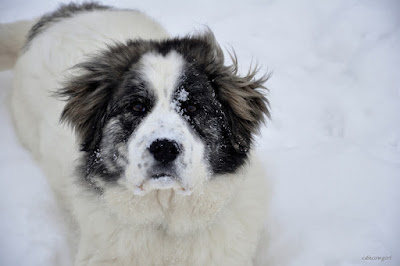 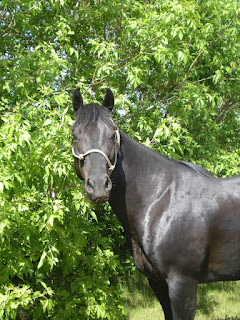 Two elderly women were out driving in a large car -- both could barely see over the dashboard.  As they were cruising along they came to an intersection.  The stoplight was red but they just went on through.
The woman in the passenger seat thought to herself, "I must be losing it, I could have sworn we just went through a red light."
After a few more minutes they came to another intersection and the light was red again and again they went right through.  This time the woman in the passenger seat was almost sure that the light had been red but was really concerned that she was losing it.
She was getting nervous and decided to pay very close attention to the road and the next intersection to see what was going on.  At the next intersection, sure enough, the light was definitely red and they went right through.
She turned to the other woman and said, "Mildred!  Did you know we just ran through three red lights in a row!  You could have killed us!"
Mildred turned to her and said, "Oh, am I driving?"
at April 20, 2012 No comments:

These were the final set of images I handed in for my beginner DSLR class.  We had gone on a photowalk under & around two local bridges. 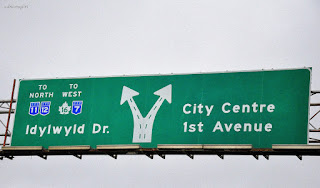 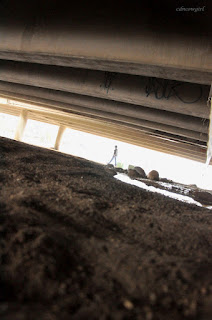 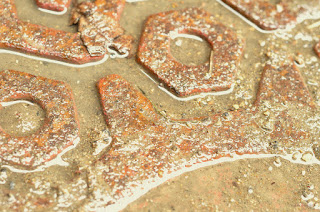 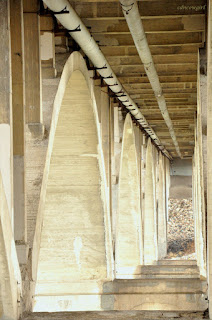 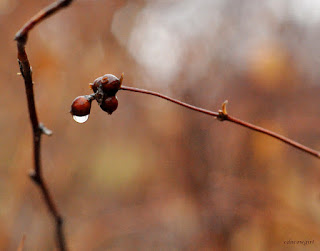 This week's Sunday Stills challenge:
Reflections is the next weeks challenge. For some this might mean a mirror image, others of you might want to just want to “reflect” on a certain subject.

I went to the archives for both of my photos.  The first was shot in Halifax, NS and the second close to my Dad's house on the banks of the St. John river. 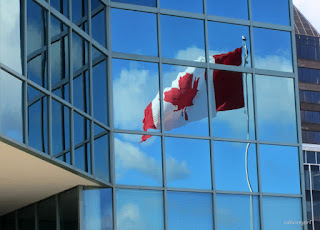 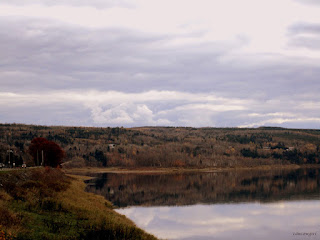 I bought my son a pet rabbit
after he promised he'd take care of it.
As I expected,
I ended up with the responsibility.
Exasperated, I said,
"How many times
do you think that rabbit
would have died
if I hadn't looked after it!"
My son replied,
"Only the once."
at April 13, 2012 1 comment:

A friend and his wife were considering
traveling to Alaska for a trip
that the husband had long dreamed of taking.
He kept talking about how great
it would be to stay in a log cabin
without electricity, to hunt moose,
and drive a dog team instead of a car.
"If we decided to live there permanently,
away from civilization,
what would you miss the most?" he asked his wife.
She replied, "You."
at April 06, 2012 3 comments:

A bit of an explanation

The whole changing the blog addy... well there's been a few changes in real life.  Some of it hits really close to home (more than you could imagine) and while most of it is good there were things that happened that caused some hurt.
Because of that I've wanted some distance from certain people, of course some of those people knew about my blog.  Instead of scrapping the whole thing (there's quite a few memories here, plus I really enjoy it) I decided to change the address.
To those of you that decided to come along -- Thank you!
ps - Pie & I are both fine & still happily married :)
at April 01, 2012 14 comments: