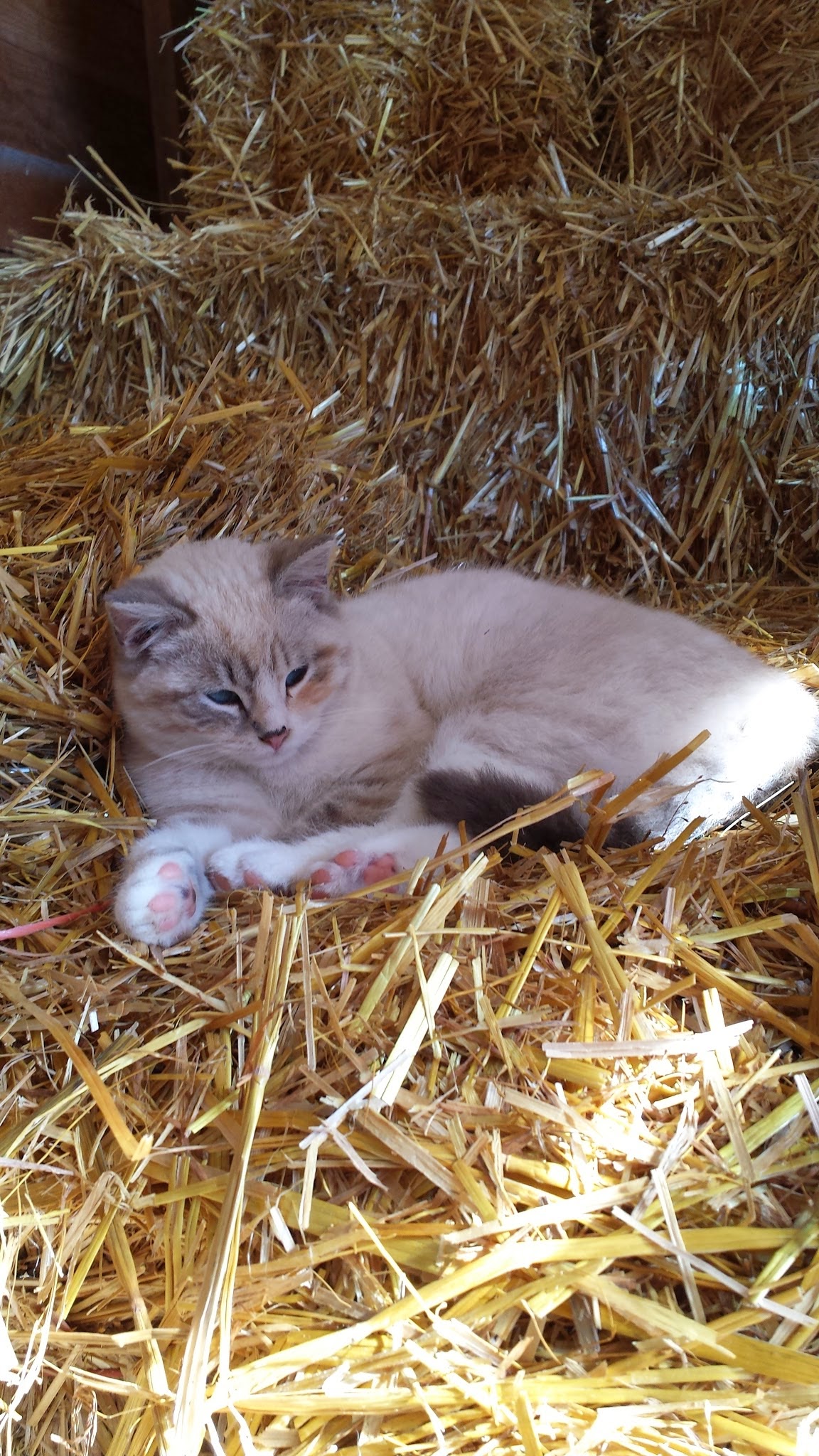 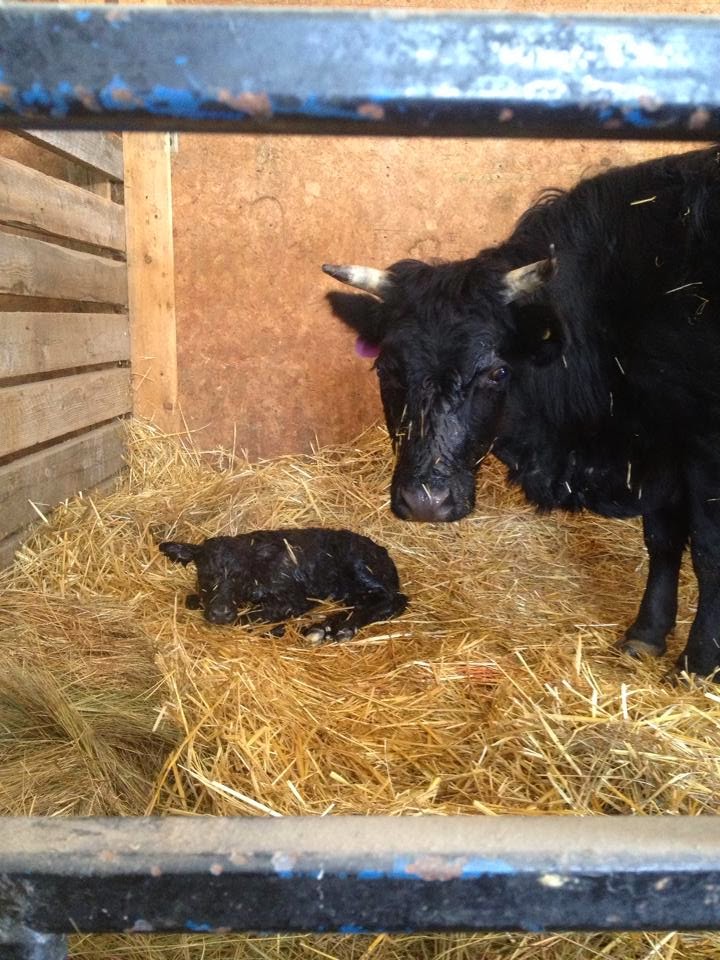 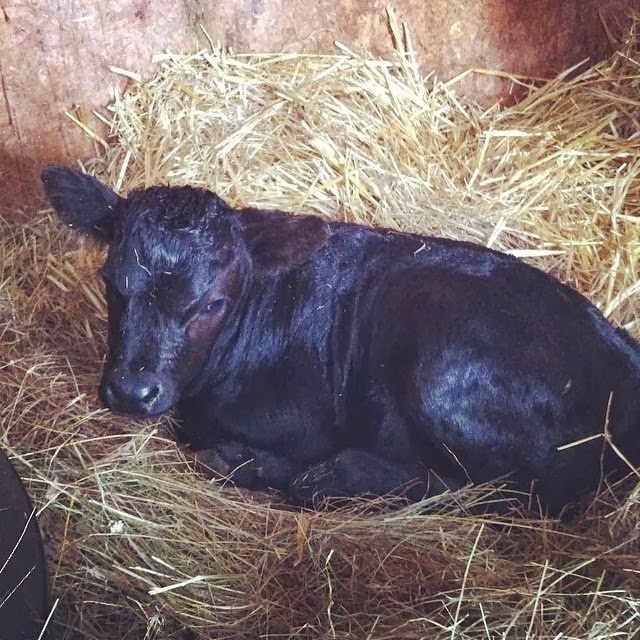 As you may recall, after losing the unexpected calf we had moved Tasty into the barn because she looked like she might calve.  Nothing seemed to be progressing so we had put Tasty back out with the other cows on February 17th.  Then we had more extreme cold weather.  Thankfully it was turning around and this past Thursday it wasn't ridiculously cold when I went down to do the morning chores, because this little guy was standing with his mama in the pen just checking out the world :)
Right away I threw some fresh straw in the stall and then the little guy was scooped up and brought in.  I wrapped him up in a cooler and started rubbing him, I wasn't sure exactly when he had been born and wanted to make sure he was warm & dry.  I slipped my gloves off and put my hands under the cooler - yay he was dry!  He wasn't too cold and warmed up really quickly.  So the fact that he was dry and had been standing relieved me somewhat.
Next step, get Tasty in the barn with her baby.  Thankfully that wasn't too difficult.  Then I put out some hay and filled her water tank.
I was a bit worried though, I wasn't sure if he had nursed at all and he seemed a bit weak.  So I took the cooler off, fluffed some straw up around him and went to get colostrum.  There were a few pathetic sucks on the bottle and then he started to fight it a bit.  Pie told me to go feed the horses and he'd watch the calf.  When I finished feeding Pie met me at the barn door with a big smile, baby was up and eating on his own.  Yay!
So far Tasty and baby seem very content, although Dudley would like a bit more room.  He's trying to run and he can now buck in a circle without falling over.  If the weather holds Tasty and Dudley will probably go out Saturday, mental note - have camera on hand!!
at March 10, 2014 2 comments:

Is It Spring Yet?

Normally I don't mind winter.  Of course by the time it's almost done I'm more than ready for spring, but this winter... well this winter has literally been one for the record books.
The coldest in 30 years, more days below -30 than the average, and last night what was possibly the coldest Saskatchewan night on record.

If you click on the pics below they should open up for you...
This first pic is tonight's overnight forecast: 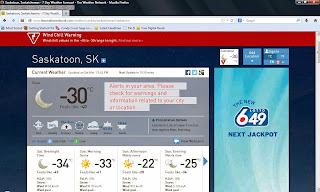 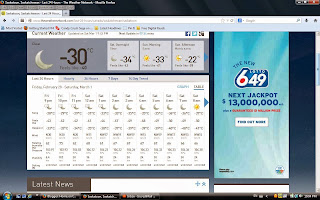 The only REAL good news in all this... is that it looks like those other three heifers aren't due to calf after all so they should be carrying Baxter babies!
at March 01, 2014 1 comment: