See the little teeny blob of a horse and rider?  That's me on Odin at our last lesson! 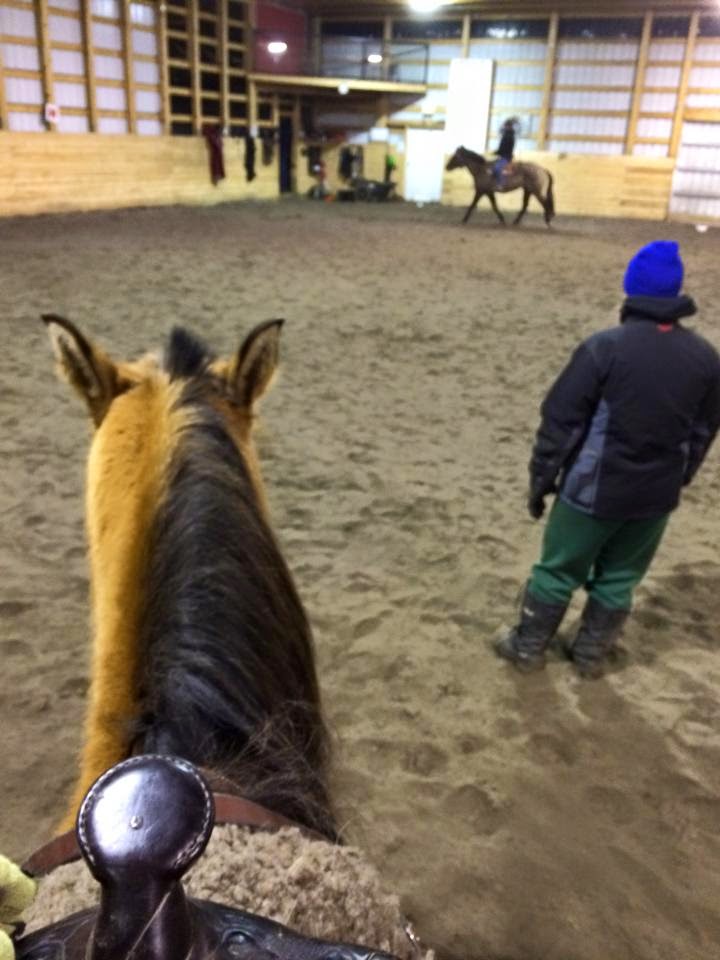 (photo courtesy of Nell, who was sitting on Zoey at the time)
Now sure, it's a blurry little cell pic, and we're nothing but a blip in the background, but... I noticed two things right away.
The first is I no longer look like Humpty Dumpty on a horse (yay 40lbs gone!) but more importantly, even as a little blob I can see that Odin is carrying himself much better - just look at him stepping up under himself. And this was early on in the lesson, he got much better as it went on.
What I *felt* in that lesson wasn't all an illusion :)
We had really nice trot and canter work, man does he float when he really gets engaged and starts moving out!  Coach said I need to stop riding him like he's a colt and ride him like he's broke, until we get to something that he doesn't know. lol
I am so looking forward to getting him more 'broke' and started on barrels!
at February 24, 2015 2 comments: