Yes Heaven has a new horse joining the herd... 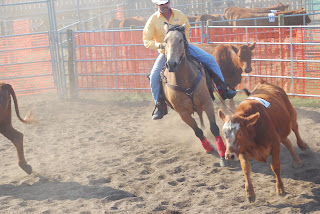 This big, strong, loyal buckskin galloped over the bridge tonight 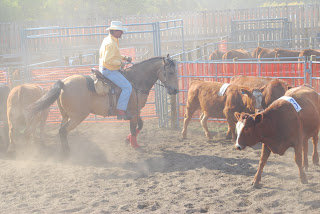 I know his cowboy will miss him dearly 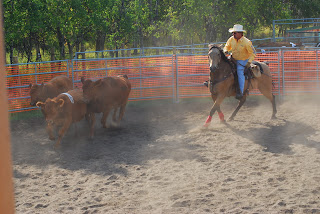 I'm so sorry for your loss Ben (and Jacquie)

Kimfer called me this evening to cancel our plans. She had got a call from her aunt, she wasn't sure what was up because her phone was cutting out, but she knew something was wrong. I told her no problem and to keep me posted (her aunt is like a big sister to me).
Kimfer called me back shortly after she got to Ben & Jacq's to tell me she was pretty sure that Bear had just died. They were waiting for the vet but Kimfer was 99% sure he was already gone.
Apparently when Jacquie went to check the horses this evening Bear was in the alley-way behind the barn and was staggering. She got Ben and called Kim. Bear went down and Ben had his head in his lap when he died.
The vet's diagnosis was colic, I'm not sure what caused it. But his gut had twisted and he had a big gas pocket that ruptured his insides.
Jacquie is feeling pretty bad, she had seen Bear in the afternoon and thought he looked fine. I'm sure Ben is taking it hard, as much as he tries to be "a guy" about his animals we know he loves them.