Not mine! No way, no how... no "new kids" of human or animal persuasion for this lady!
However, my boarder for the last year or so had given notice that she was leaving September 1st so that left room for a new boarder or two.  That turned out to be a nice little twist of fate for my "new old friend" Jax...
She was able to get a super good deal on a colt and now she was able to keep him at our place, which works out great for a few reasons.

(It's not my deal,
therefore not my place to divulge the details
but it was a steal of a deal)
Jax hasn't had a horse in a long time, like since she was in her late teens and she & I are considerably out of our teen years.
Joey, the colt, is a papered Half Arabian and Jax will be sharing him with her daughter B.  B is "new to horses" so to help Jax get her feel back and B some experience they'll ride some of my horses... so boarding here works because they'll be able to come and work with their horse and ride.  Plus they're more than willing to help out with some odd jobs/maintenance things.
Of course there is still an actual contract to take care of the business part of boarding, and thanks to a comment from Cindy D I remembered to put a clause in allowing for photos...  which allowed for me to catch this bonding moment when we brought young Joey home ;) 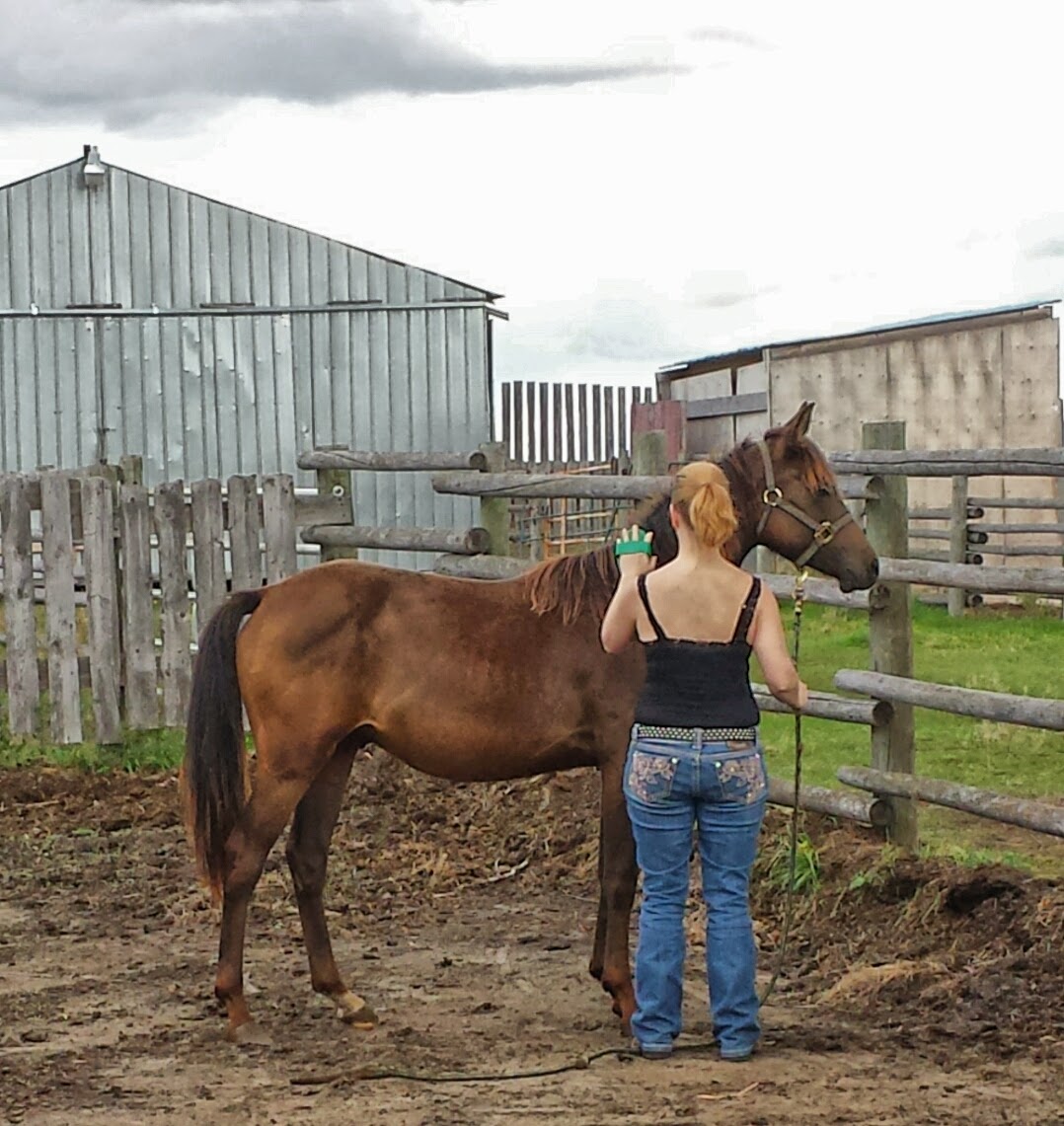 So there you have it, my first "official" boarder horses have moved and the new one has moved in.
at September 04, 2014