I think I mentioned it awhile ago, but if I haven't... I signed up for a beginner DSLR photography class.  For me things like aperature, noise, filters, lights, etc are like trying to figure out a foreign language.  I'm hoping to learn how to use my camera better and feel more comfortable when I take it out of auto (which I have, but I've always felt a bit like I'm gambling when I do). Its a  Nikon D90, I've had it a couple years and I tend to joke that it's smarter than me lol
I've been wanting to take a class for awhile but with my somewhat wonky schedule it was tough to find one that I could get to.  Then just before Christmas I stumbled on Matt Ramage's ad on kijiji, the classes were affordable and on Sundays, I could go!
So far we've had one class and I thought I'd share my homework with y'all.  They might not exactly be "pretty" pics, and I paid no attention to composition at all so please forgive that.  Also Matt wanted the pics SOOC* so the only alteration I've made to them is to add my little watermark (which tends to be fairly inconspicuous anyway)  In a nutshell, the assignment was to keep your subject in the foreground sharp while blurring the background as much as possible, by using a low Fstop. 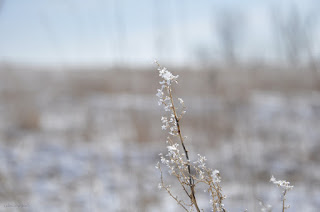 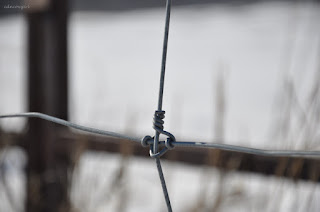 Wire knot
Those first two pics were taken with the lens that came with my camera, it's an 18-105mm VR lens.  Matt had recommended a prime 50mm lens as a handy one to have in any kit and said that it would be especially useful for pics like this.  I found one for a not too bad price so I got it, and I was glad I did!  The next three were taken with it and the difference is noticable. 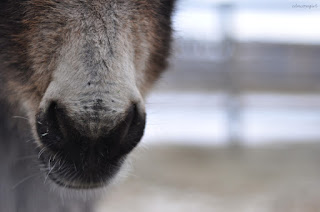 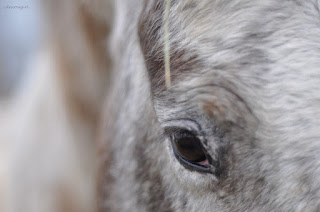 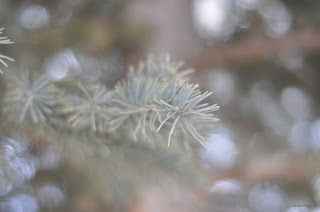 Needles
*SOOC Straight Out Of Camera
at February 25, 2012