Checking in with the boys

Its been a couple months since I've given you an update on the colts (other than Odin's "boo boo")  So Thursday I made sure to snap some pics while we were down at the barn.
They're both a bit butt high right now, but I'm pretty pleased with how they're coming along.  This summer the plan is to do some ground work with them and if all goes well to pony them out some.
I had just tied Odin here, so he's not really set up 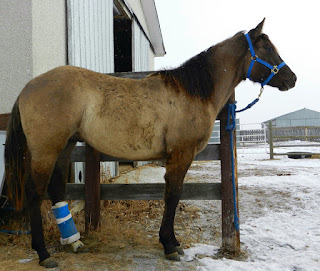 And a butt shot, again not set up.  He's much more finer built than Tavi is, but once he's working some he should build up decent muscle. 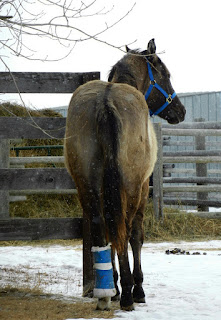 I really like this shot of Pie & Tavi (I should print it for the photo album)  Tavi is gonna be a monster!  Pie is about 6'.  Keep in mind both colts won't be 2 until end of June/beginning of July.
(oh and that halter is 'raspberry' not pink) ;) 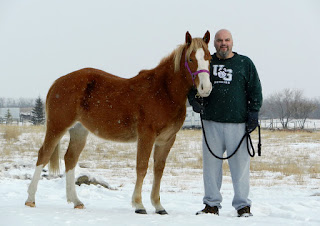 The first thing that comes to mind when I see this pic is "I like big butts and I cannot lie..." lol 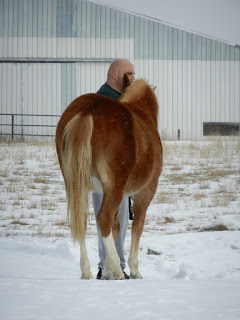 The second thing that comes to mind with this pic is that it looks like Tavi & Pie are sharing secrets, so I like this shot a lot too. :)
Being turned out with the big boys and having the run of the pasture seem to be paying off for Tavi.
at February 18, 2012