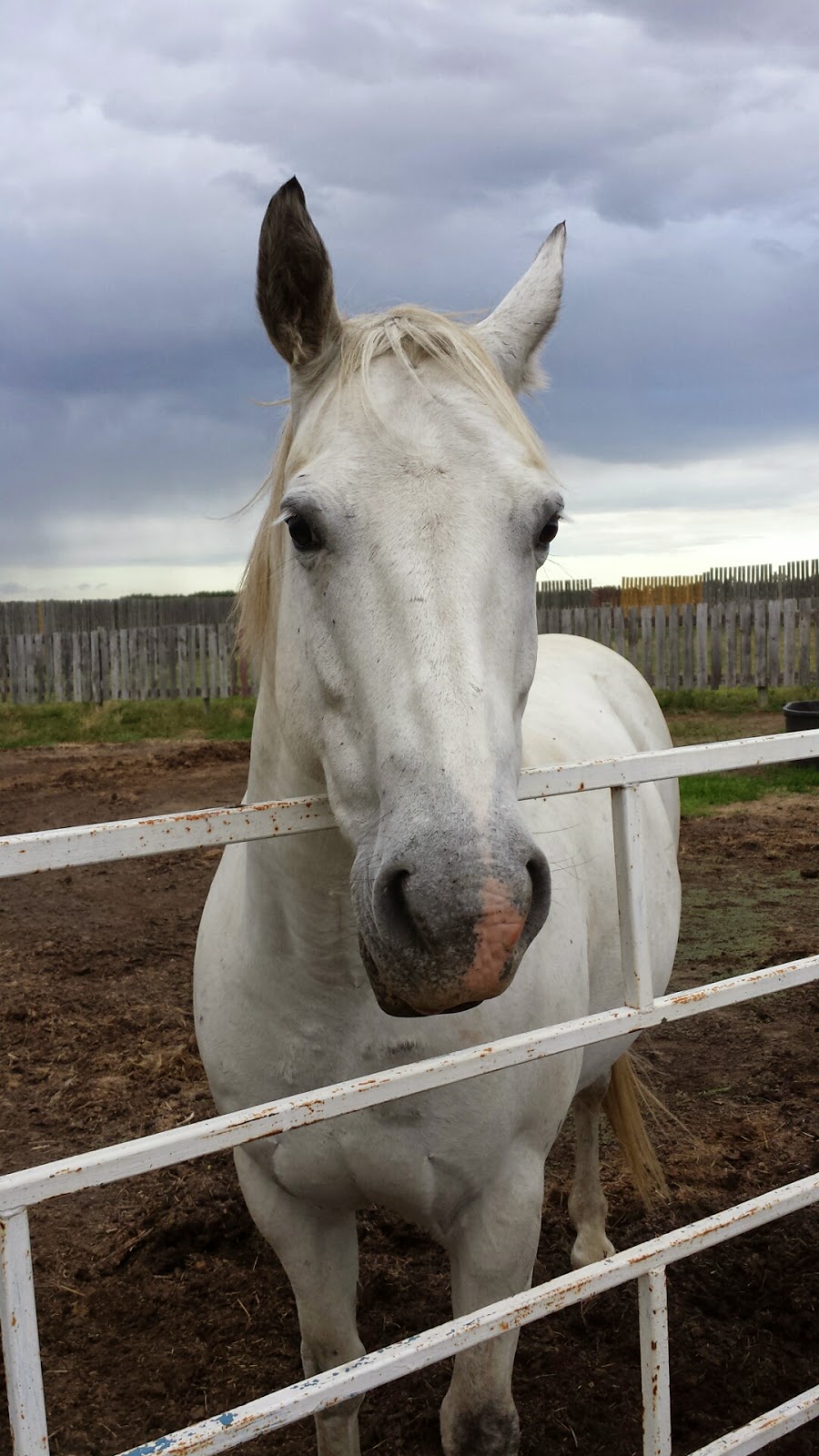 Last week my neighbour, Mr Tim, called to tell me about a horse trailer he had for sale.  It's exactly what I want but I can't afford it right now.  He said he'd take my trailer on part trade and I jokingly said how much more would he credit it if I threw in a horse.  He asked which one and I told him I was probably putting Smudge up for sale later in the spring.  Mr Tim said he was interested but the difference was still more than I can afford right now.
A couple days later he asked me if I was serious about wanting to sell Smudge.  I told him yes, he's a nice horse but he's not getting used as much as we were planning and he's a nice horse and too young to just sit as a pasture puff.  Mr Tim was interested so we made arrangements for him to come look at him.
Now, some of you may remember but for those that don't... Mr Tim is a horse trader.  I bought Voodoo, Applejack and Smudge from him.  He's always been fair and hasn't steered me wrong.  So yes, he knew Smudge but things can happen in three years and horses may change so I wasn't upset that he wanted to check him out instead of just saying he'd take him.
When he showed up we got Smudge from his pen, he looked him over, saddled him up and rode out.  I puttered around getting stuff ready for chores and about 10 minutes later they were back.  We struck a deal and Mr Tim said he'd be over later in the day to pick him up.  That's got to be the easiest (and fastest!) horse deal I've ever done (as the buyer or the seller!)
Smudge will probably be at Mr Tim's for 2 or 3 weeks to get legged up and then he'll be off to a new home.  Part of me is sad, but you can't keep them all and he was being wasted here.

Email ThisBlogThis!Share to TwitterShare to FacebookShare to Pinterest
Labels: Smudge